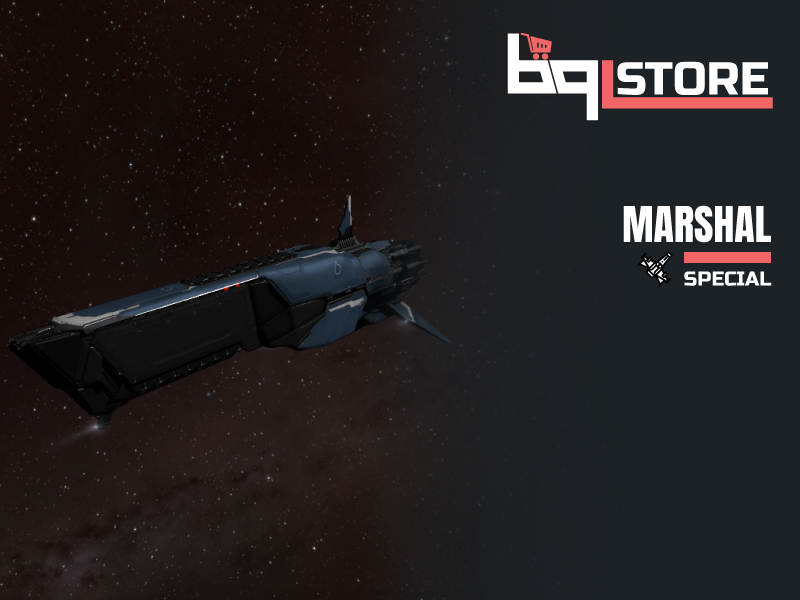 If you want to buy a lot of MARSHAL - please ask operator about estimated delivery time. Because supply of big amounts it always a hard work connected with security of the transaction. BQ team always doing best to find safest ISK source for you. That's why it may take additional time.

This is digital item and buying it you confirm that after you received your item(s) you there no refunds or returns.
Trustpilot

The venerable Marshal series of battleships have made up the backbone of CONCORD's fleets for a century, in various marks and iterations of a design originally built around the subframe and keel of the Amarr Empire's Apocalypse-class battleship. The appearance of a response force led by Marshal-class battleships invariably ends in the destruction of criminals and terrorists daring to try their luck in high-security space.

To receive SHIP order you must be docked at Jita 4 - Moon IV - Caldari Navy Assembly Plant station for the trade.